2020 Chamber Member of the Year 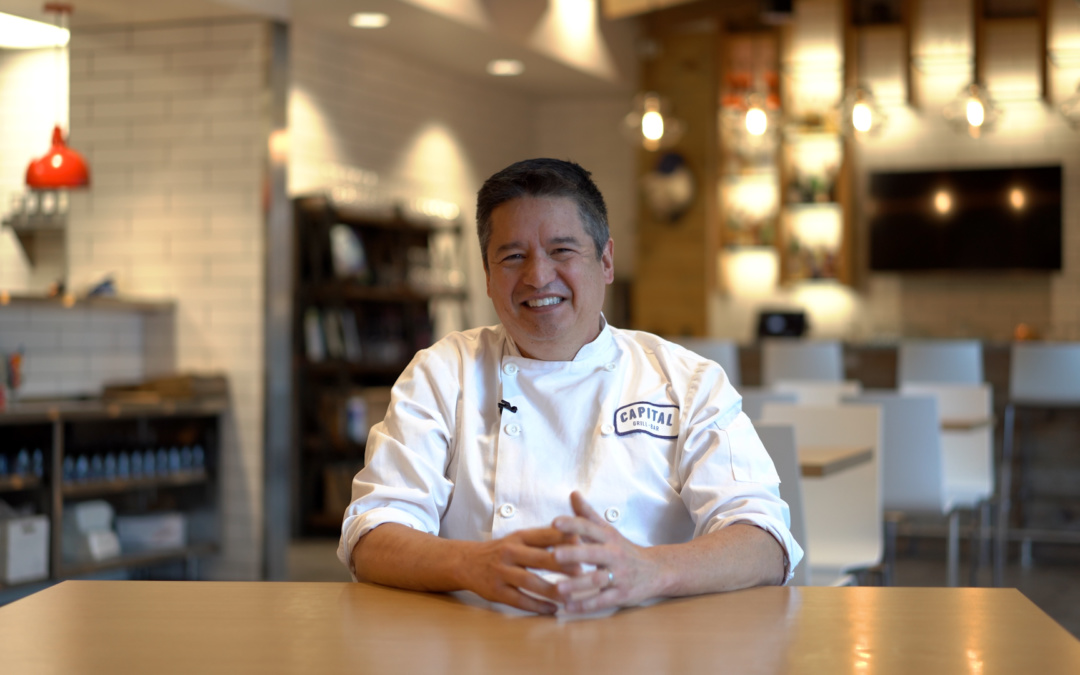 2020 Chamber Member of the Year

This award is given to an active member of the Manitoba LGBT* Chamber of Commerce to recognize their contributions to the community and economy at large, the Manitoba two-spirited and LGBTQ economy and the chamber as a whole.

The 2020 Chamber Member of the Year Award goes to our friends – Capital Grill!

Chef Wayne Martin, is the owner and chef and along with his partner, Greg, has opened two Capital Grill and Bar locations — on Broadway and Roblin Boulevard.

Chef Wayne is a professionally trained chef who has contributed so much to the LBGT* Community as well as countless other charities and communities in Winnipeg.  He has been an active member both of the Chamber and our queer communities since arriving in Winnipeg and he is always the first to want to get involved and offer a contribution to any fundraiser that he finds out is underway.

Chef Wayne was born and raised in Toronto, and has worked all over the world as a Chef in some of the most notable kitchens, the spectacular Four Seasons being one of them.

He also opened his own restaurants in Vancouver, British Columbia, but chose to come to Manitoba in 2014 and has called Winnipeg home ever since. When asked why he chose Winnipeg as his new home, he stated that he “could sense there was something great happening here.”  He further stated that he “could identify with how genuine Manitobans are.  They have an energy I just love.”

Congratulations Wayne and Capital Grill, we are so happy to recognize all the work you put into supporting our communities and we are so pleased you choose to be a member of the Manitoba LGBT* Chamber of Commerce!