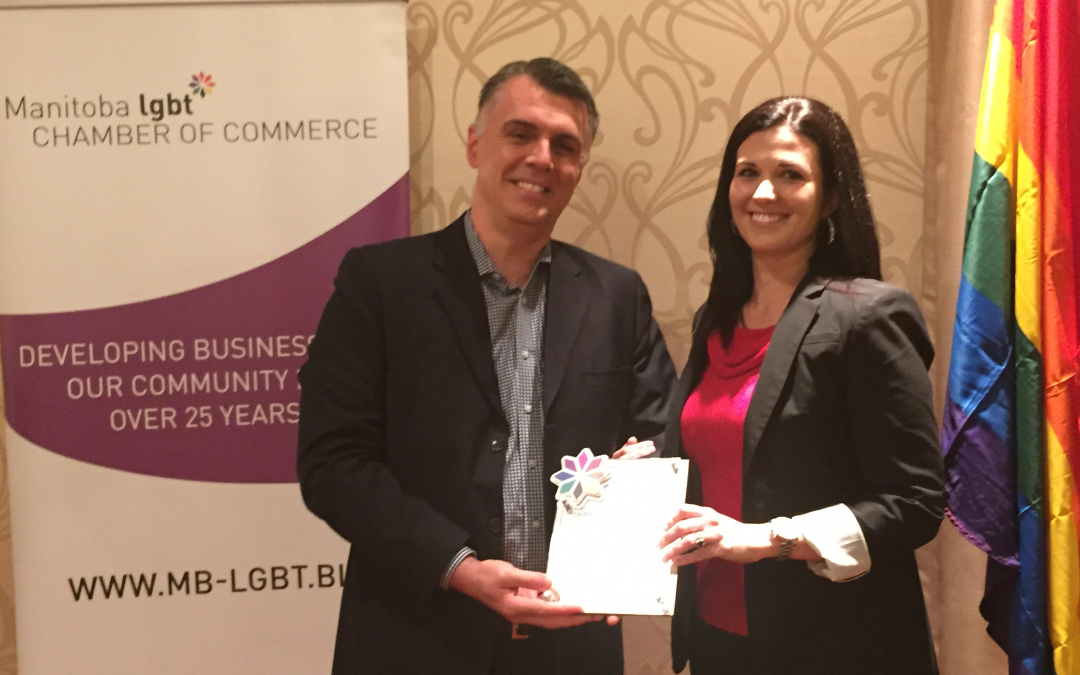 Michelle McHale has been a leader in Manitoba’s LGBT* community over the past year with her tenacity and passion to spread the Pride movement to Steinbach, a community that has been the centre of a diversity controversy. Her personal story of overcoming family hardships, pursuing her goals and providing care and compassion for others along the way, is an indication that her heart is just as large as her passion for the affirmation of Manitoba’s LGBT* community. She became a strong voice on the Pride Winnipeg board by bringing along a strong human resources skillset and working to ensure the safety of minors at the Pride Winnipeg Festival.

That voice became even more powerful when she personally took the Hanover School Division to task on their lack of education and acceptance towards diverse family structures. She became a luminary for the Steinbach LGBT* community and its allies, and a thorn in the side of every bigot for her relentlessness.

Despite threats made against her and her family, she devoted every ounce of her spirit into organizing Steinbach’s first Pride March, which saw overwhelming support in Canada and even drew the attention of Prime Minister Justin Trudeau. Michelle exemplifies the spirit of this award.